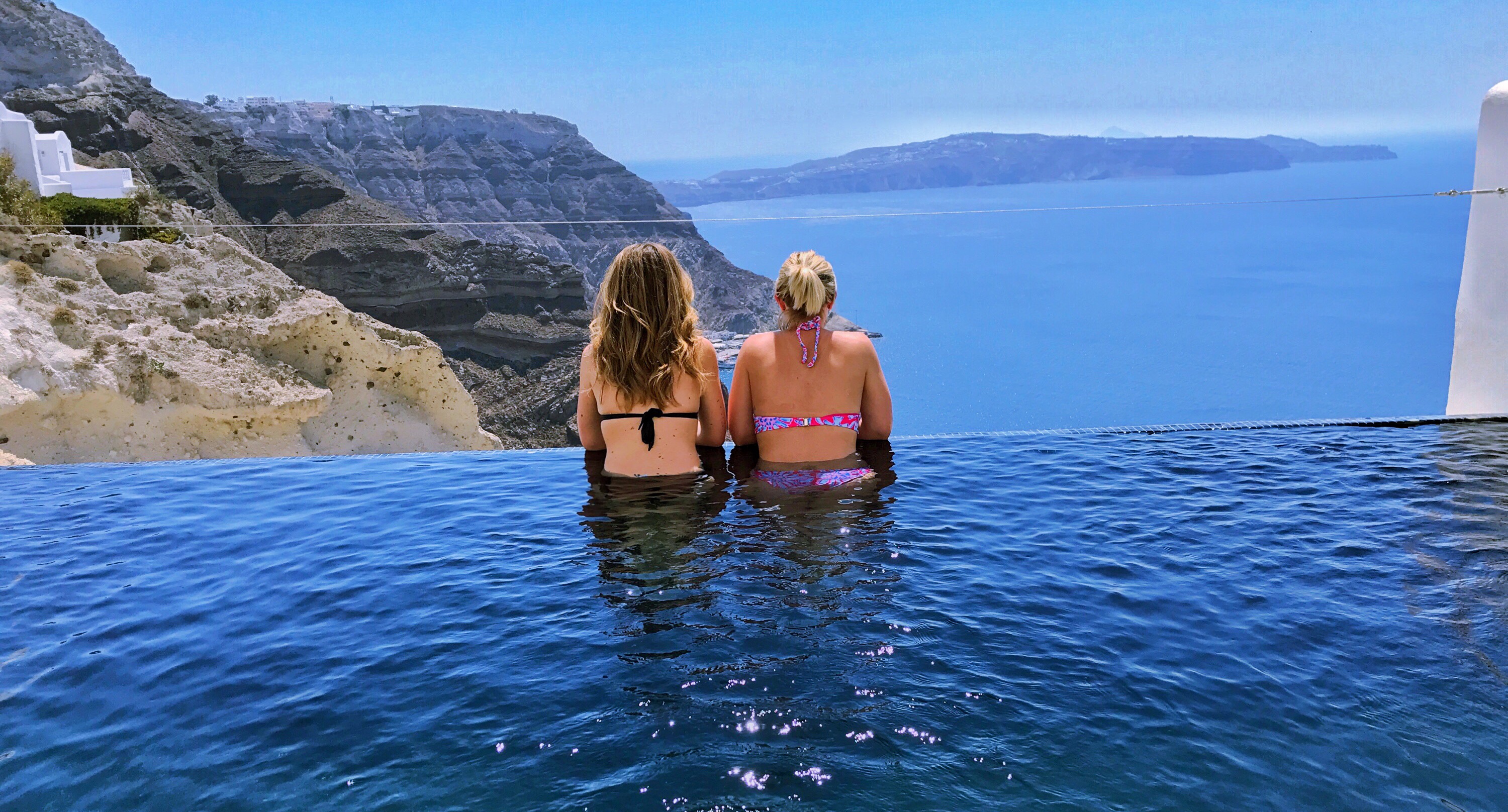 I can’t exactly remember when in life I was suddenly so inclined to constantly go out of town, but as long as I can remember I have had the desire to see new places. Discovering a city or country I’ve not yet been to gives me a one-of-a-kind thrill, fueling some type of inner excitement that only comes from getting on a plane and landing in the unknown. Although I am blessed to make a great living doing what I love, I am not someone with a disposable income who can book flights left and right without hesitation. Traveling to new places on a budget takes time and research, but if you put the work in, you’ll open up plenty of new opportunities to see the world. And you don’t have to go broke doing it. I’m going to share with you my top three secrets to traveling on a budget. You’re welcome. 🙂

If you’re anything like me, you probably have so many different places on your bucket list that you’re always down for an adventure to almost anywhere. If so, then you definitely need to sign up for emails from Scott’s Cheap Flights. A few times a week, you’ll receive an email alerting you of flight deals to different places all over the world. Just last week, they sent out an email about flights to all over Europe in the $400’s-$500’s roundtrip from 15 different major US cities. They let you know if baggage is included or if it’s an extra charge, they direct you exactly where to go to book it, and they tell you how long they think the fares will last. Another one alerted me that you could get to Hawaii for $374 roundtrip from a handful of different US cities. Those are just two examples of the dozens of emails I have gotten from them. Because of Scott’s Cheap Flights, I knew when to book our flights to Greece. I flew to Athens this past August with my best friend Cara and our flights were $675 round trip out of NYC, bags included. No, we don’t live in New York but this is why I save up my Southwest points… for times like these. I waited for a Southwest sale and secured my flights to and from New York without adding any extra money onto my cost of airfare. The only other flight we had to purchase was to and from the island of Santorini, but those were less than $100 each way.

I have to say, my husband gets all the credit for secret #2 because he is the one who introduced me to Hotel Tonight while we were planning our elopement trip to Northern California. If you’re brave enough to wing it when it comes to your hotel stays, this app will literally save you hundreds. The point of Hotel Tonight is to fill hotel rooms that would otherwise be left empty. You can book through them up to a week in advance, but the prices drop significantly when you book your room the same day. We used this in Napa, Santa Rosa and San Fransisco and each time waited until the day of to book a room. There were tons of last minute options and each hotel we chose was a 4 star property. When we were in San Fran, we stayed in a trendy little boutique hotel right in Union Square for $130/night. If you know anything about San Fransisco, you know nothing is cheap there so that was literally a steal. I have to say it was kind of nice not having to plan everything ahead of time. (PS: Use code DEDEFELICE to get $25 off your first Hotel Tonight booking! Download the app here to redeem!)

3. Use Google Flights For International Travel

If you follow me on Instagram, you probably already know that Jordan and I recently planned our delayed honeymoon trip for this upcoming April. We wanted to make sure we went places neither of us have been, and we weren’t about to settle for an average beach honeymoon trip. We both have the same sense of adventure and love to discover new places in all different climates. A few hours on Google Flights and a couple bottles of wine later, all of our flights were secured. We are going from Boston to Iceland to Norway to Switzerland to Spain, and then back to Boston and finally, back to Nashville. All of those flights (misc fees, taxes and baggage included) cost us $1,554 total for both of us combined. Yes, that’s less than $800 each and we’re visiting four new countries! We had no idea exactly where we wanted to go when we started doing research for this trip. Google Flights allows you to put in your departure date and city, then pull up a map of the world and view prices to all different major cities from the set departure city. This is how we mapped out the order and timeline of the countries we are visiting, by the price of a one-way flight from the previous destination. (That sounds confusing, but it’s super easy!) It took a lot of trial and error with a bunch of different destinations, but we finally agreed on all four countries and we couldn’t be more excited for this trip!!

I challenge you to pack your bags and visit at least one new country in 2018 because trust me when I say, traveling does something to you that no other life experience can and I don’t think anyone should miss out on that feeling. There is so much world out there to see, so let me be the proof you need to believe that you don’t have to be a millionaire to see it. Now go make sure your passport is up to date, and don’t hesitate to email me if you have any questions about any of the secrets I’ve shared!